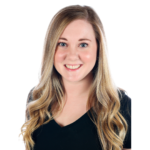 Kayla Davey (Ms. Kayla) is SDC’s owner and director. Kayla grew up dancing in the DFW area, and in the summers attended intensives with Texas Ballet Theater, Pittsburgh Ballet Theater, and the Joffrey Midwest Workshop. Kayla attended the University of Oklahoma where she graduated with a BFA in Ballet Performance and a Minor in Nonprofit Organizational Studies. During her four years at OU, she performed with the Oklahoma Festival Ballet in roles such as the Sugar Plum Fairy in The Nutcracker, Spring Fairy in Cinderella, and the Bluebird Pas de Deux in Sleeping Beauty, as well as had the opportunity to perform abroad in Eisenstadt, Austria with a select group of students. Kayla was also the recipient of the Miguel Terekhov Ballet Choreography Award for her choreography in OU’s Young Choreographer’s Showcase. After graduation, she went on to dance professionally with Ballet San Antonio and Dallas Neo-Classical Ballet. In the summer of 2014, Kayla began working and teaching at Studio Dance Centre, where she was mentored and coached by SDC’s founder Julie Holt Lucia. In October 2021, she became the new owner of SDC and is honored to carry on the mission and vision of the studio. 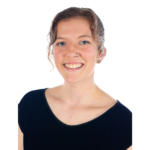 DeeDee Bourdo (Ms. DeeDee) is SDC’s director of communications, as well as a dance instructor. DeeDee attended SDC as a student for seven years and graduated from Booker T. Washington High School for the Performing and Visual Arts. DeeDee earned her BFA in Dance from Sam Houston State University. While in college, she was privileged to perform in works by choreographers such as Robert Battle, Sidra Bell, and Shen Wei, and participate in performance opportunities at Dance Gallery Houston, Houston Choreographers x6, and the America College Dance Associate. DeeDee is also a certified Pilates instructor and teaches at Equinox in Plano. 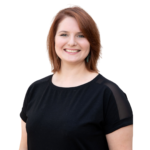 Amanda Deitz (Ms. Amanda) is a dance instructor at SDC.  She grew up dancing at Toby’s School of Dance in Richardson and became a member of Dallas Black Dance Theatre II in high school.  Ms. Amanda later earned her BFA in Contemporary Dance and Performance from the University of North Carolina School of the Arts.  In college, she was the recipient of the Jerry Bywaters Cochran Scholarship from the Dance Council of North Texas and spent time in Paris studying choreography under Kazuko Hirabayashi.  Ms. Amanda also had the privilege of attending the American Dance Festival and the Bates Dance Festival.  After college, she spent four seasons dancing with Donna Sternberg and Dancers, a professional modern dance company based in Los Angeles.  Ms. Amanda is also a licensed massage therapist specializing in sports therapy and injury prevention.

Averiegh Evans (Ms. Averiegh) is a dance instructor and customer care assistant at SDC. She first began dancing at two years old with Studio A Dance Company in Greenville, Texas, where she continued her training through high school graduation and gained sixteen years of dance experience across various genres. During her time at Studio A, Averiegh danced, competed, taught, and choreographed, as well as competed and taught award winning competition pieces. She also helped run multiple showcase performances, which included her own choreography. Averiegh is currently attending the University of North Texas studying Kinesiology, and taking various dance courses in college. 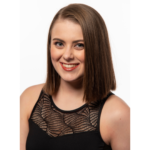 Sarah Flaherty (Ms. Sarah) is the social media coordinator at SDC, as well as a guest dance instructor.  Ms. Sarah took her very first dance class at SDC and danced at the studio for nine years, through high school graduation.  She graduated from Collin College and is now studying for her BFA in dance at the University of Central Oklahoma. As a part of the Collin College Dance Ensemble, Ms. Sarah has also had the opportunity to perform at the American College Dance Association Conference and presented choreography at the dance department’s student showcase and the InterACTION show.  She gained experience in social media marketing through her coursework and social media account management for Collin Dance Ensemble. Ms. Sarah looks forward to staying connected with SDC during her college studies! 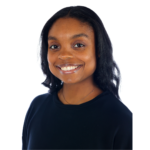 Jasmine Fredericks (Ms. Jasmine) is a dance instructor and customer care assistant at SDC. Born and raised in New York City, she studied dance and youth theatre before moving to Dallas. She graduated from AMDA College and Conservatory of Performing Arts in Los Angeles, CA with a BFA in Performing Arts Dance Theatre. While in college, Ms. Jasmine performed in showcases involving her own choreography, as well as with teachers/choreographers who worked on television and Broadway stages. In addition to dance, Ms. Jasmine loves to write poetry and travel, hoping one day she can experience different dance cultures and serve people in need.