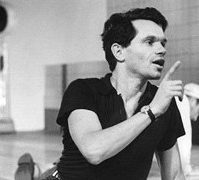 Michael Kidd’s career as a film and stage choreographer, dancer, and actor spanned over 5 decades.  He staged some of the most famous Broadway and film musicals of the 40s and 50s, leading to the style which would later be called “integrated musicals.”  His work garnered him five Tony awards, and an honorary Academy Award in 1996 for advancing dance in film.

Kidd was born Milton Greenwald in New York City, the son of refugees from Czarist Russia.  At City College of New York, he studied chemical engineering from 1936-1937 but left after being awarded a scholarship to the School of American Ballet.  In 1942, he adopted the stage name of “Michael Kidd” to have a more American sounding name.  He worked with Eugene Loring and Jerome Robbins in his early career but in 1947 he left for Broadway and never worked in ballet again. 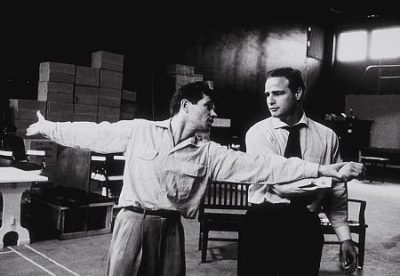 Kidd’s first Broadway choreography, Finian’s Rainbow, won him his Tony Award.  Other famous works include Guys and Dolls, Band Wagon, Seven Brides for Seven Brothers, Can-Can, On The Town, Hello, Dolly!, and many others.  He worked with many notable performers including Gwen Verdon, Julie Andrews, Gene Kelly, Roy Bolger, and Fred Astaire.

He was known for working his dancers hard as he was capable of doing all of the steps he required of them.  Julie Andrews recalled that when she would complain about doing another take, Kidd would say, ‘”I wasn’t trying to be mean.  I just knew that when you saw it on film, you wouldn’t be pleased.”  I always thought that was a nice way to say, ‘Once more.'” 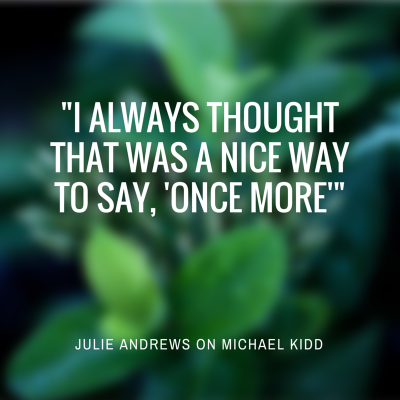 Michael Kidd died of cancer at the age of 92 at his home in Los Angeles, Ca., leaving behind his wife, three daughters, a son, and a lifetime of amazing contributions to dance.  To learn more about Michael Kidd, take a look at his biography here.