Anna Pavlova, a dancer at the turn of the 19th century, popularized ballet throughout the United States and is credited with creating the modern pointe shoe.

Born in St. Petersburg in 1881, Pavlova decided she wanted to be a ballerina after seeing a production of The Sleeping Beauty.  She studied with the Imperial Theatre School in St. Petersburg under Enrico Cecchetti, known for establishing the Cecchetti technique.  After studying for eight years, Pavlova made her debut with the company in 1899. 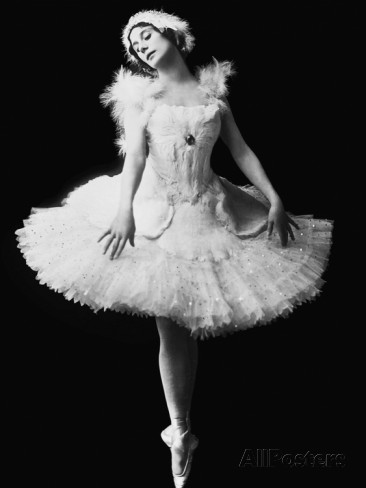 Pavlova was known for her expressiveness, especially in her signature solo, The Dying Swan, which was comprised mostly of bourrees and soft arm movements.  She also created the modern pointe shoe, with a hard shank and sole that curved with the shape of the foot.

Pavlova first performed in the U.S. in 1910 in New York City, which sparked new interest and respect for the art form.  She eventually established her own company which toured internationally for the next two decades, bringing ballet to China, Australia, India, Mexico, Canada, Peru, and Argentina.